Thank you to everyone who came to my Undine Isles opening on December 14! 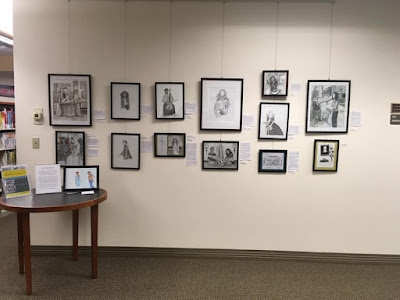 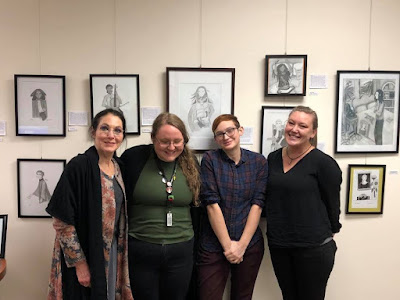 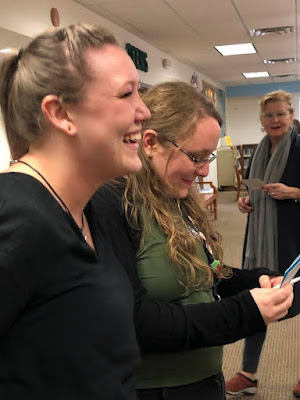 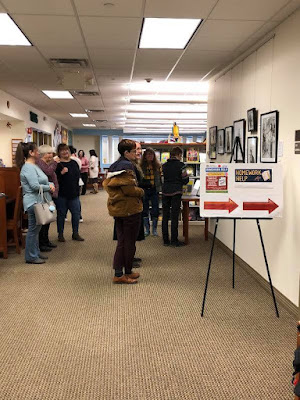 Posted by Charlotte Victoria at 12:59 PM No comments: 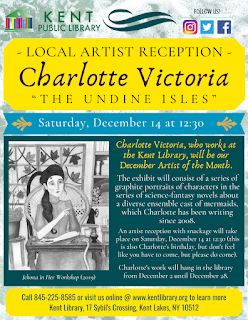 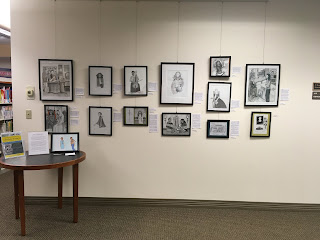 Posted by Charlotte Victoria at 6:17 PM No comments:

I was really lucky last semester to be in Dr. Pabón’s inaugural semester of Feminist Perspectives on Decolonization. I felt drawn to write about this keyword not because I think I understand it thoroughly, but because I know I don’t. What I do believe, however, is that the verb decolonize can be used as a similarly radical strategy to the verb queer. You can and absolutely should decolonize physical spaces, but you can also decolonize your politics, your networks, and yourself as much as you can queer these things. Decolonization can be understood in the unadulterated context of land ownership, rights, resources, etc.; however, in a feminist context, decolonization should be understood also to connote a questioning of and radical departure from mainstream cultural, economic, political, and gender values. It is about structures and flows of power, and protecting bodies and knowledges that are otherwise subject to violence and erasure.

One thing decolonization can do that positively impacts everyone is validating non-traditional ways of being and knowing. Of course, by non-traditional, we mean non-traditionally-Eurocentric. Micha Cárdenas describes decolonization in Decolonizing Transgender: a Roundtable Discussion as “the only possible ethical stance today” (Aizura et al. 419). Even the language we use most of the time around gender identity is colonial in nature; indigenous languages often have their own names for various genders because so many indigenous societies did not acknowledge a binary. Forcing Two-Spirit individuals, for instance, under the umbrella of transgender without their consent, furthers the work of colonization.

I’m a proudly card-carrying member of the Arbor Day Foundation. I am really into trees. Like, abnormally so. But recently I got a piece of mail from them that really pissed me off. You can now make donations to reforestation efforts in South America that symbolically put the names of non-indigenous American donors on Amazon Rainforest land, and it lit up my rage like a Christmas tree. Because even though this has less to do with genocide and more to do with saving the planet, (and I ask this as a white person) when are white people going to stop putting their names on other people’s land? These are the end times; all land has a name already. We need to decolonize allyship and activism; to do so, we need to understand how deep the need for decolonization pervades all of our lives.

Part of the problem, I think, is that this particular fundraiser perpetuates a savior-victim narrative (a particularly harmful binary framework) that is so ingrained in western relationships to exploited cultures. Tom Boellstorff says later in Decolonizing Transgender:

“For instance, the self/other binarism has multiple genealogies but originates above all in the colonial encounter. As many scholars of colonialism have noted, decolonization involves not just replacing the figure of the colonizer with the figure of the indigenous but recognizing messy entanglements of colonizer and colonized in emergent assemblages of embodiment, culture, and politics. For the language of constitutive authenticity is itself a legacy of colonial thinking.” (Aizura et al. 433)

We can only help progress to be made in these efforts by placing ourselves in solidarity with indigenous conservationists, not by presuming to sweep in as a rescue effort because that is its own form of conquering and it robs indigenous people of the agency to make decisions for their own land, particularly land and people who have already been damaged by whiteness.

The Menominee poet Chrystos expounds on the many facets of their rage in their poem “They’re Always Telling Me I’m Too Angry.” They write: “Ha Ha we’re so glad you want to get rid of us so you can have all our stuff/ & rename it & explain it & defame it” (Chrystos 45). This applies to the case of these reforestation donations because the correct thing to do with any resources available to reforestation efforts would be to place them at the disposal of indigenous activists on the ground, instead of capitalizing upon the middle-class white ego.

The louder branches of the feminist movement are not mindful enough about indigenous issues, yet all true feminism is, at its core, decolonial. Decolonization is not merely one philosophy or one isolated or symbolic event of liberation. Britain, for instance, no longer controls India, but six decades into their independence, India still feels the effects of colonization. If Puerto Rico were granted independence tomorrow, a legacy of resource theft, genocide (the Taíno people of Borikén are literally considered extinct, memory of their civilization largely erased), slavery, and the early stages of climate apartheid would still haunt and disenfranchise them in the global forum.

The Jewish Puerto Rican writer Aurora Levins Morales makes these issues clear in her prose poem “Declaracion,” where she calls for:

“…conscious and ecological development of our natural resources; to build economic justice among us and make ourselves into a people without rich or poor, collectively responsible for the wellbeing of every person; to pay back wages to every enslaved or exploited worker, and to all their descendants, and to invest in the wellbeing of our people, wherever they may live, with the wealth stolen and returned to the communal coffers of the people.” (Morales)

It is up to indigenous people and only indigenous people what to do with their own homelands, and they are owed tremendous sums from the countries who robbed them in history. Decolonization is an acknowledgement of all of this and more and a commitment to stand in solidarity with indigenous people, following their lead to bring about justice that is long overdue. It is about acknowledging that the ability to be out queer white people is not an invention of whiteness or of capitalism, but an enduring part of a thousand beautiful cultures that would not be put out like a light.

Posted by Charlotte Victoria at 3:15 PM No comments: